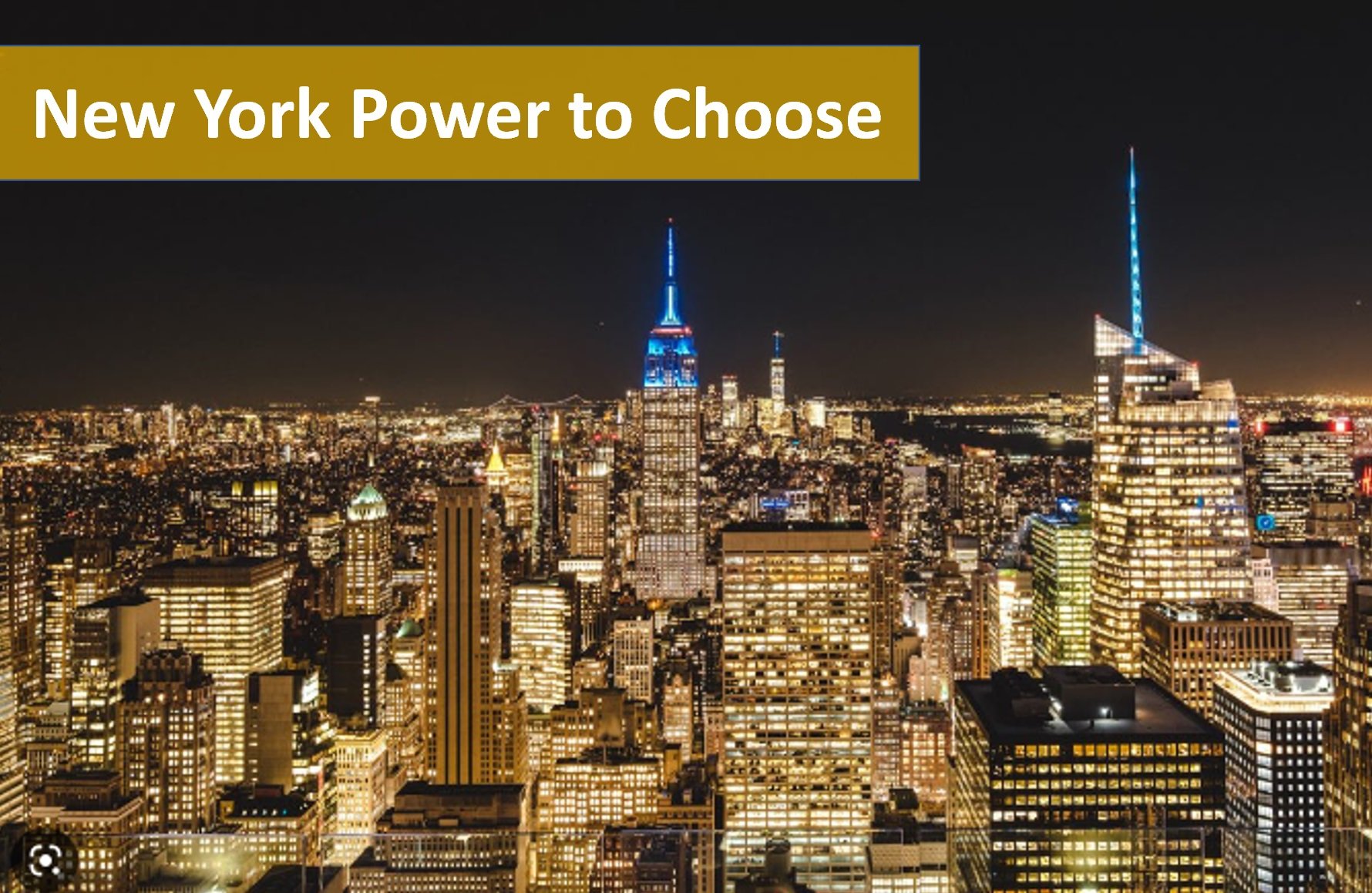 A mix of investor-owned electric utilities, municipal electric utilities, and electrical cooperatives serves New York State. Residential, commercial, and industrial customers served by investor-owned utilities have the power to choose their electricity provider. As with all electricity choice programs, New York has a unique and evolving approach to encouraging market participation while maintaining consumer protections.

Residential electricity switching rates vary by utility. Among the six investor-owned utilities, Orange & Rockland Utilities has experienced the largest defection (about 40%) of customers to competitive electricity providers. The other utilities are closely grouped near the state average switching rate except for Central Hudson Gas & Electric, which has been slightly more successful in retaining residential and small commercial customers.

In addition to customer switching rates, another metric used to gauge the success of electric choice markets is the number of competitors and variety of plans available in the market. Consolidated Edison (ConEd) serves New York City and is the most competitive utility service area with more than 70 licensed Electric Service Companies (ESCOs) active in that market. The high customer concentration in the city allows ESCOs to pursue targeted marketing strategies. While discounts to ConEd residential rates are difficult to guarantee, ESCOs have been successful with fixed price and renewable energy offers.

The other utility areas average around 40 to 45 ESCOs each. Most ESCOs offer one to three electricity pricing plans to residential customers. Over the past few years, the primary marketing focus has shifted to offering customers price certainty rather than discounts to utility rates. Fixed price electricity plans eliminate the seasonal risks associated with variable utility pricing. Unlike Connecticut, month-to-month variable rate electricity plans are still available to New York residential customers. However, the New York Public Service Commission has beefed up consumer protection measures including additional disclosures on historical variable rates.

In 2015, the New York Public Service Commission (NYPSC) launched a new regulatory framework to implement its plan to reform the state’s energy vision. The revised energy vision focuses on familiar themes of customer participation in energy management, energy efficiency, diversifying energy supply, distributed generation, and system operation efficiency. While these initiatives are good for the customer choice market, the moderate residential switching rates in New York indicate that engaging customers is going to be a challenge.

It remains to be seen if New York electricity consumers will embrace advanced market concepts such as time-of-use rates, home energy management systems, and demand response programs when so many fail to see the value in shopping for electric service. Higher customer engagement levels might be realized by compelling utilities to install smart meters on an aggressive timeline. In addition, while consolidated utility billing is convenient for consumers and eliminates receivables risk for electricity providers, it also keeps the utility foremost in the consumer mindset. A market design where the electricity provider has a more direct relationship with the customer may move the market in the direction the NYPSC is seeking.

New York electricity customers should expect some significant changes in the market in the coming years. These changes may result in a more robust market with competitive rates, value-added services, and greater consumer involvement in energy management.