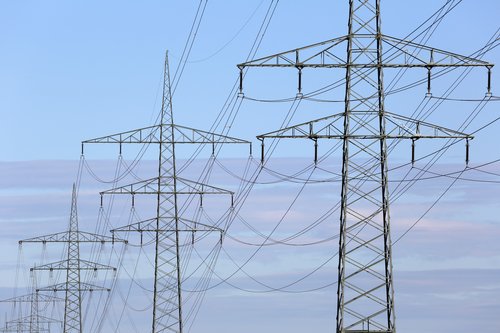 There are times during the summer when it seems the Texas heat will never relent. As we enter October, however, the days shorten and the scorching summer heat gives up its grip on the Lone Star State.  With the break in the weather, we also see lower electricity bills as our air conditioning use drops off.  As we catch a break from the cooling season, it is a good idea to take a step back and look at the big picture of Texas electricity consumption.

ERCOT is the power grid operator for most of Texas. It manages the flow of electricity to 24 million Texas customers accounting for 90% of all electric load in the state.  ERCOT set a new record demand of 71,093 MW on August 11, 2016 between the hours of 4 and 5 pm.  Almost exactly a year earlier, on August 10, 2015, ERCOT set a record demand of 69,877 MW.  Why did the demand increase so significantly in just one year?  The two biggest factors to consider are weather and economic growth.

We have previously discussed the concept of cooling degree days (CDD).  Every degree the average daily temperature is higher than 65° F is one CDD.  This is simply a benchmark for comparing one time period or one location to another.  For example, Buffalo, NY typically has 544 CDD per year while the Dallas-Fort Worth area has 2756 CDD per year.  The fact that Buffalo residents use less air conditioning than Texans is not surprising.  The concept of cooling degree days helps quantify the difference.

On August 11, 2016, Houston recorded 27 CDD while DFW had 28 CDD. These CDD measurements were the highest recorded for each city that year.  For the ERCOT record-setting day in 2015, Houston had 26 CDD and DFW had 28 CDD.  While CDD is a good indicator for which day ERCOT will set its peak load, it does not explain the load increase between 2015 and 2016.

Predicting Texas economic growth is a tricky business. A good portion of the state’s economy is tied to the energy sector.  The Federal Reserve Bank of Dallas offers an excellent overview of the various forces driving the state’s economy.  Even with lower energy prices, Texas is performing better than other energy states.  This reflects ongoing diversification of Texas businesses and industries.  While the economy likely grew to some extent from 2015 to 2016, it is not entirely responsible for the increase in ERCOT peak demand.

Texas population growth, more than likely, was the largest contributor to the new record power demand. The U.S. Census Bureau noted in 2016 that five of the nation’s eleven fastest growing cities are in Texas.  If recent trends hold, the Texas population grew by almost 500,000 in 2016.  That represents a 1.8% population growth over 2015.  The ERCOT record peak load increased by 1.7% from 2015 to 2016.

A combination of population growth, job creation, and moderate economic growth are most likely responsible for the new ERCOT record peak demand. To the extent that these factors continue their past performance and the weather holds, look for a new record demand in August 2017.