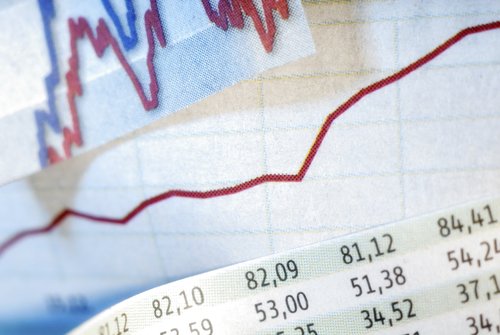 New York has always been an attractive market for business. The U.S. Department of Commerce ranks the GDP of New York third in the nation behind California and Texas.  In fact, if New York were a country, its GDP would rank between Canada and South Korea.  While the New York business market is huge, there are significant challenges to finding success.  Taxes, wages, insurance, and other costs require business owners to keep a sharp eye on the bottom line.  Electricity rates are another expense that can affect the financial health of a business.

Most variable rate plans utilize an independent market price for billing purposes. In New York, this is usually the zonal Day-Ahead Locational Based Marginal Price (LBMP).  While this term is a mouthful, it refers to an hourly price set the day prior to when you use the electricity.  The New York Independent System Operator (NYISO) determines the LBMP through demand forecasting and generator bidding processes.  The good thing about LBMP is that the pricing information is publically available and transparent.  The bad thing is that it is unpredictable and can vary wildly. 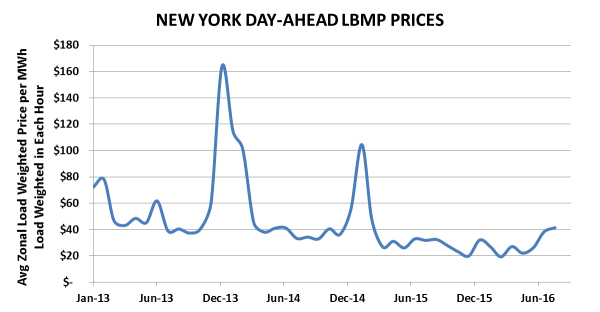 As shown in the graph above, LBMP can fluctuate significantly. LBMP is driven by supply and demand.  Severe weather (hot or cold) or an unexpected outage at a power plant may lead to price spikes.  These higher prices can last from several hours to several months.

Over time, the strategy to be on a variable electricity rate may prove to be less expensive than a fixed rate. However, there are no guarantees this will be the case and it can certainly be an interesting journey.  Business owners selecting LBMP-based electricity rates need to be able to take a long-term view and realize there may be bad days, weeks, or months along the way.  Otherwise, it is advisable to stick with fixed rate electricity plans or use variable rates only as a short-term strategy between fixed rate deals.