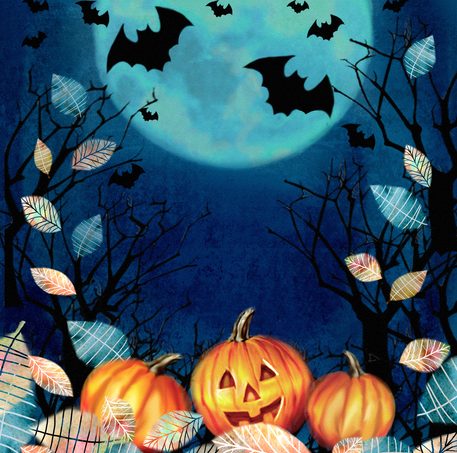 Home energy topics tend to follow the seasons. Most consumers are not interested in air conditioner efficiency ratings in December.  Likewise, advice on space heaters seems more relevant in November than July.  It just makes sense to provide consumer information appropriate to the season.  Fall is great for working on all of those home projects we kept putting off over the summer.  With Halloween upon us, it also seems to be a natural time to discuss electricity vampires.

Electricity vampires are a relatively new phenomenon tied to the expansion of home electronic devices. Appliances that used to be purely mechanical now have digital controls and displays. To some extent, these devices are always on and use power even when idle.

Electricity vampires are much like dripping faucets but much stealthier. We all know a leaky faucet is a bad thing.  A slow drip on a single faucet can waste up to 3 gallons of water per day.  This adds up over the course of days and months.  Fortunately, a leaky faucet is usually annoying enough to get our attention.  We see (and sometimes hear) the problem and are motivated to fix the problem.  Electricity vampires are just as costly but we do not see the waste or realize its impact on our electricity bill.

The National Resources Defense Council (NRDC) conducted a study in northern California that found an average of 65 vampire devices per home.  The NRDC estimates that we are spending $19 billion per year due to electricity vampires.  This translates into about $250 or more per year for every home.

Still not convinced electricity vampires are a problem? The U.S. Department of Energy and other sources estimate that electricity vampires can increase your usage by 10% or more.  NRDC puts the estimate closer to 25% but this varies depending on whether or not you live in an area with lots of air conditioning use.  However, just imagine saving 10% on your monthly electricity bill without sacrificing comfort or convenience.  That level of savings is definitely worth the effort.

Unplugging devices when not in use is the surest way to eliminate an energy vampire. While this is a good solution for a toaster, it may not be practical or even recommended for certain electronics.  Fortunately, there are other simple ways to slay these vampires.

A practical and economical approach is to purchase smart power strips. These power strips have standard outlets for devices that need to remain on at all times.  They also have smart outlets for energy vampire devices.  The smart outlets detect when the device is turned off and then go an extra step by preventing them from drawing power when idle. These strips are available online or at home improvement stores ranging from $20 to $35.

A good place to use a smart power strip is near your television. Flat screen TVs are the largest energy vampire in most homes.  A single HDTV can cost you around $150 per year in wasted electricity.  Using a smart power strip near your television is very practical.  Plug the television, surround sound, sound bar, and similar devices into the smart outlets.  Plug your DVR into a standard outlet as it will not record programs in the off mode.  Yes, the DVR will remain an electricity vampire but you will have eliminated the biggest offenders.

Another place to use a smart power strip is near your computer. Plug the computer, monitor, and printer into the smart outlets.  Leave the Wi-Fi plugged into a standard outlet because it needs to remain active.

Finally, make a quick survey of your home looking for wall chargers and bricks. Bricks are those transformers commonly used in the power supplies of laptops, monitors, and printers.  Keep in mind that bricks continuously use power when plugged into a standard outlet.  Wall chargers seem innocent enough.  However, in true vampire fashion, these chargers use electricity even when they are not actively charging a device.  Wall chargers inflict damage on your electricity bill just by their sheer numbers.  When practical, unplug them when not in use.

Take some time this fall to identify the electricity vampires in your home. With a little effort and a few smart power strips, you should be able to lower your electricity bill.