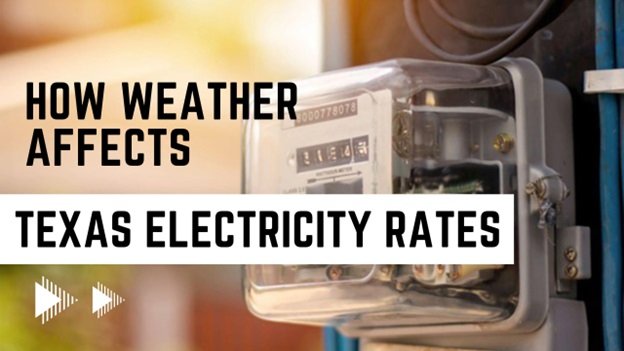 Temperatures are dropping, and the nights are getting longer, which means it’s time to turn on the furnace and turn on the lights at night! Those winter months can be brutal, but they aren’t anything compared to the summer heat in Texas. In fact, electricity consumption tends to peak in July and August as people use air conditioning units to stay cool. In this blog post, we will discuss how the weather affects electricity rates in Texas and what you can do to save money on your energy bill. Stay cool this summer!

No matter where you live in Texas, the summer heat is sure to be a factor in your life. The electricity consumption for the state of Texas as a whole typically peaks during the summer months due to increased air conditioning usage. In fact, according to the Electric Reliability Council of Texas (ERCOT), “July and August are typically the peak months for Texas electricity demand due to the increased use of air conditioning to cool homes and businesses.”

The heat isn’t only hard on your electric bill and can also be dangerous. In 2021, the average temperature in Texas was 80 to 85 degrees Fahrenheit, which tied the record for the hottest summer on record. Not only is the heat a danger to your health, but it can also be deadly. The average household electricity consumption in Texas during the summer is about 1,176 kWh, which costs an average of $111.65.

The hot weather isn’t the only thing affecting Texas’s electricity rates. The state’s electric grid is also susceptible to summer weather patterns, such as thunderstorms and high winds. These weather events can cause power outages, which are costly to repair and can lead to higher electricity rates.

In addition, winter weather can also have an impact on electricity rates. When temperatures drop, demand for natural gas and other forms of heating increases. This can lead to higher prices for these energy sources, which are passed on to consumers in the form of higher electricity rates.

What You Can Do To Save Money:

You can do a few things to save money on your electricity bill, no matter what the weather is like.

No matter the weather, you can save money on your electricity bill. By following these tips, you can stay cool this summer and keep your energy costs under control.