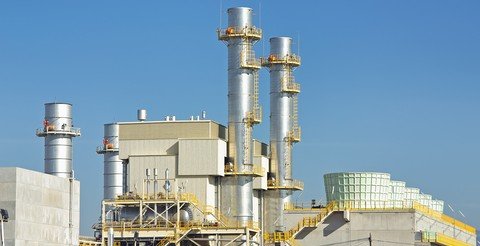 The Electric Reliability Council of Texas (ERCOT) operates the power grid that serves approximately 90% of all electricity used in Texas.  Within ERCOT, about 75% of the electricity is consumed in areas open to retail electric competition.  The composition of the electric power generation fleet within ERCOT has changed over the years.  Wind generation, combined cycle gas combustion turbines, and other resources have gained market share. The following table shows the composition of ERCOT generation by fuel type based on nameplate capacity:

The table shows a dramatic increase in wind generation capacity from 2006 to 2014.  Natural gas-fired capacity dropped significantly from 2006-2009 before leveling out.  Coal and nuclear capacity, as percentages of the overall generation mix, have not varied significantly during this time.  While there has been a significant increase in solar generating capacity in ERCOT, it is still a relatively minor player in overall installed capacity. Capacity, however, is not the only criteria relevant to examining the fuel mix of Texas electricity generation.  Generation resources do not always produce electricity at their nameplate capacity.  Wind generation in western parts of Texas varies significantly during the day.  Solar generation fluctuates with cloud cover.  Fossil-fuel generation units have varying marginal costs and orders of economic dispatch. The following table shows the composition of ERCOT generation by fuel type based on actual generation rather than capacity:

The table shows that coal and nuclear units generate a disproportionately larger share of electricity than their nameplate capacity percentages would suggest.  Natural gas, wind, and other resources generate a disproportionately smaller share of electricity than indicated by their percentage of nameplate capacity.  The nature of coal and nuclear power plants is that they operate to serve ERCOT base usage.  Their operating characteristics and marginal cost structure give them economic priority over dispatchable generation resources such as natural gas combustion turbines.

While recent media reports have suggested that wind and solar generation, coupled with battery storage, could displace fossil-fuel generation, the data shows that it would be a significant leap for renewable resources to meet the bulk of Texas electricity demand.  There have been significant improvements in improving the quality of coal-fired generation air emissions.  ERCOT has released an analysis of the impacts of the proposed Clean Power Plan.  The report shows that moving away from coal-fired generation too quickly would greatly increase our dependence on natural gas and could increase Texas electricity prices by as much as 20%.  While we need to continue to develop renewable energy technologies, forcing a solution in an unrealistic timeframe is imprudent.