Everything Energy reviews, rates and plans 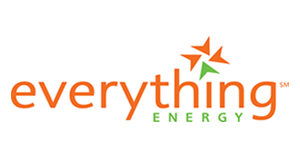 Shop The Best Rates From Everything Energy

Everything was a retail energy provider serving residential electricity customers in Texas deregulated markets.  Everything was acquired by energy giant NRG.  NRG is a Fortune 500 company and one of the largest retail energy providers in the United States.  Customers selecting Everything as their Texas retail electric provider found that they received the service and attention to detail of a small company backed by the financial stability and energy expertise of NRG.

In December 2016, NRG decided to stop using the Everything brand. Existing customers were transitioned to one of the other NRG electricity providers including Reliant and Cirro Energy.